ORIGIN
In summer 2006 the kidnapping of three Israeli soldiers triggered off the Israeli war against Lebanon.
End of 2008 a war against the Gaza Strip followed. From both areas missiles had often been fired at Israel previously, which had meant for the Israeli civilians being subject of constant terror bombing.
During the Lebanon war about 14% of the total population of Israel, nearly a million Israelis including Druze, Arabs and Israeli Jews, fled for a few weeks out of the border areas.
At the same time there was a hail of worldwide criticism of Israeli policy, which was mainly characterized as a completely disproportionate military response to the kidnapping of (only) three soldiers. Although it was rarely denied that Israel generally has the right to self-defense  and protection of its citizens. But in the course of the media debate the impression was conveyed that whenever Israel uses this right concretely in practice, the only constitutional democracy in the Middle East gets just a little understanding.
Even worse: In the criticism of Israeli policy there were mixed spiteful intermediate tones and undertones in a tiered bandwidth up to openly expressed Anti-Semitism. Also Jewish communities here in Germany came under pressure.
This development was (and is) not acceptable for us, so we formed ourselves in the same year 2006 as
PRO-ISRAEL-INITIATIVE "NEVERAGAIN".

POSITIONS
PRO ISRAEL - that means for us that we do not allow the land of Israel being reduced on the Middle East Conflict, particularly because that conflict is much older than the State of Israel.
PRO ISRAEL - that means for us to recognize with respect, what this young State of Israel has achieved within a few decades.
PRO ISRAEL - that is to realize again and again and to include in all reviews that since its founding Israel has been threatened with destruction and in the last two decades it has become a local target of that terror that has been internationalized by hijacking and terrorist acts in New York, Madrid, London, Paris and Brussels and has yet reached now Germany at least since the "suitcase bombers of Cologne".
Israel stands at the front line
PRO ISRAEL - that means therefore specifically that we always raise an objection when over here politicians or the media think that they could suggest Israel binding "good advice", how the current Israeli government has to deal or not to deal with such terror.
PRO ISRAEL - this includes to stand as a friend of Israel publicly alongside of Israel, incidentally, even just when the Israeli policy does not coincide with our ideas.
PRO ISRAEL - that does not mean having an uncritical view of Israel, but fundamental and inalienable solidarity with the Jewish state.
PRO ISRAEL – that also means advertising for Israel: for the country and for the people living there.

ACTIONS
As PRO-ISRAEL-INITIATIVE "NEVERAGAIN" we organize information sessions and participate in Israel solidarity actions. To the latter belongs that we have taken over the implementation of the Germany-wide “Israel-Day” for Siegen since 2007. We also support various charity projects in Israel and cooperate with networks, as well as national initiatives and events against Anti-Semitism. Purpose, we look critically at the German- and English-speaking Middle East coverage in the media.
Eingestellt von R um 14:56 Keine Kommentare: 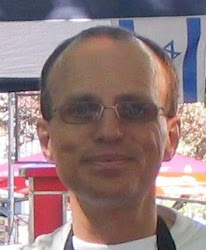 more on our german blog